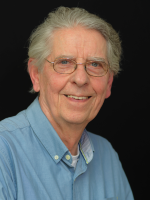 Dr Kunst was born in 1934 in Deventer, a small provincial city in the Netherlands. When he was three his family moved to Amsterdam where he grew up and went to school. He spent his high school years at a grammar school [Gymnasium] majoring in sciences. He went on to study medicine at the Free University [Vrije Universiteit] in Amsterdam. He obtained his medical degree on 24th March, 1961.

Once he received his degree, he entered compulsory military service. He served his time between 1961 and 1963 as an Army doctor stationed in Germany. He then went into general medical practice, first in Bodegraven and then in Rijssen between 1963 and 1973. In that period, he held several official posts in various national organisations for medical practitioners. Not satisfied with the pharmaceuticals-driven practice of medicine, he followed numerous courses to broaden his knowledge of health care. He was also one of the founders of an organisation for doctors practicing natural medicine – the ABNG. During his further vocation as GP, he has practiced Complementary Medicine successively in Bussum, Rotterdam, Gorinchem, Lochem and Beltrum.

In 1985 and again in 1998 he published the research he had done which had resulted in the development of a medicine to help patients suffering from chronic psoriasis. This medicine, called Psorinovo, is now being prescribed world-wide – albeit in a new generic form – for patients with psoriasis, MS and some forms of rheumatism.

Dr Kunst’s passion for medicine and his quest for answers to difficult health problems has recently led him to develop autovaccine therapy as an effective treatment for various chronic inflammatory diseases. He has been collating his research in a manuscript since 2012. It is his most fervent desire to pass this information on to a new generation of medical practitioners, so that countless patients can be relieved of what have up to now been deemed as incurable conditions.

This site offers some of the insights he has gained in the past few years relating to this subject. He is convinced that if this treatment were to become the focus of clinical trials, it could be implemented as a recognised therapy, and would have the potential to dramatically reduce public health care costs.