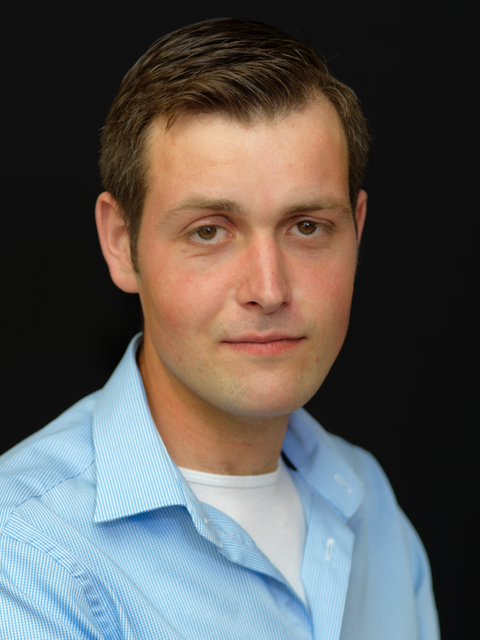 I had always been tall for my age and a strong, physical type. It did not surprise anyone when I decided in my teens to become a builder. However, when I was about 18, I began to get vague complaints that didn’t seem to relate to each other. I started to get blurred vision, but the doctors couldn’t find anything wrong with my eyes. I also became super sensitive to light. At the same time, I noticed that I had begun to feel the cold more, especially in my hands and feet. I also began to put on weight and it happened quite quickly even though I hadn’t changed my eating habits at all. Then the doctors discovered something in my blood that indicated a serious problem with my liver function - even though I didn’t drink much alcohol. For someone who had always been really healthy, this was very hard to take.

I had less and less energy and I felt weaker and weaker. It was as if my muscles were turning into jelly. In the end, I had arthritic-like joint pain and had problems with my concentration. I was referred a psychologist who couldn’t help either. Finally, the last doctor in a long row of people I had seen, the eye specialist, couldn’t explain why I was seeing black spots in front of my vision.

I was used to doing heavy work in the building trade, but that had got harder and harder for me to do. In the end, I had to stop working completely. No-one could tell me what was happening to me. I just didn’t have a clue. Then one day someone suggested, “maybe you have Lyme disease.” I hadn’t thought of that, but I did remember that a tick had bitten me just above my eye when I was about 10 years old, and I had had another tick bite on my upper arm about a year before I started getting all those health problems.

The results of lab tests showed that I had antibodies for Lyme in my blood, which meant that I had had an infection sometime in the past. They gave me a course of antibiotics lasting more than four months. My health took a slight turn for the better, but the real improvement was disappointing. Most of the issues didn’t improve or just kept getting worse. If I used my muscles, I got shafts of pain and I started getting a tingling sensation in my arms and legs. My short-term memory bottomed out making it very hard for me to function normally and causing me a lot of stress. There wasn’t a single doctor who could help me and, in fact, it was even suggested that it was all in my head.

I didn’t want to give up. After a long search on internet, I came across Dr Kunst’s website. I contacted him immediately for an appointment. As the diagnosis had more or less already been made, I could begin with the treatment which he called autovaccination right away. The doctor explained how the Lyme bacteria duck the immune system by ‘disguising’ themselves and that antibiotics are also ineffective against them in this disguised form. He told me that by using autovaccination my own immune system would be put into a position to be able to fight these nasty bacteria because it effectively disarms the disguise. I didn’t need to be told twice. That same day, he took a number of test tubes of my blood. He treats the blood so that all the hidden bacterial DNA becomes exposed and the blood becomes a vaccine to stimulate the immune system to tackle these germs. Six weeks after my blood had been taken, I returned to his surgery and I could begin my fortnightly autovaccination injections.

I have to say that it took a long time before I noticed any improvement. Luckily, Dr Kunst had warned me that this wouldn’t be a quick fix, because otherwise I might have given up. It felt like nothing was happening in the first three months, but in the month after that I noticed a real improvement. After 12 injections, the doctor advised me to do a second course of autovaccination. He also gave me advice about my diet so that I could lose weight. Eventually I lost 45 kilos and ended up at the recommended weight for my height.

The improvement in my health went so well, that within a year of being treated I could hold down a full job again. When my liver function was checked, the blood showed no signs of liver problems anymore. This was objective proof that the autovaccination has worked. In fact, it has given me my life back.